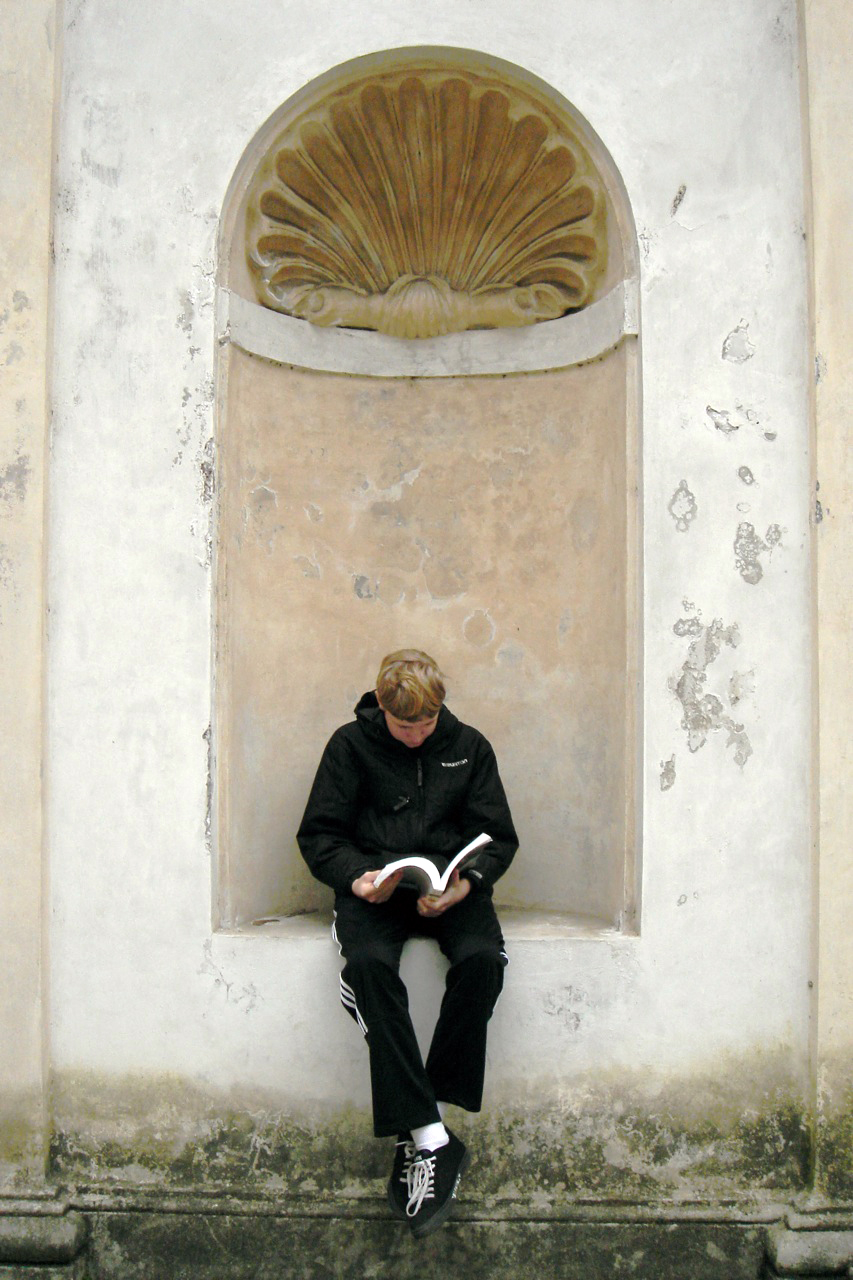 Television has always been a difficult issue for families.  In our family we avoided broadcast TV and watched only parent-approved DVDs while our son was little.  But those rules began to relax when he started to visit his friends.

It felt like TV was a Pandora’s Box; once we let it in, it grew more and more distracting.   But what to do about it?  We didn’t feel quite ready to toss the television set out the window…

To our complete surprise the problem solved itself when we got away from English language programming and traveled.  Like the budding TV addict he was, our son complained bitterly for the first few weeks but then something remarkable happened: he discovered books.

We let him follow his own curiosity and select books at the English bookstore in Rome.  He found the ‘Horrible Histories’ series from UK author Terry Deary and from then on he was never without a book.

Which made waiting in line, riding trains and planes and all those boring parts of traveling much, much easier for everyone.

Try it at home – turn off the TV and explore a book with your kid.